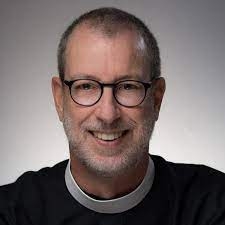 Dr. Townsend is the Associate for Faith Formation at St. Ann & the Holy Trinity Episcopal Church in Brooklyn Heights. He serves as the Historian in Residence for Racial Justice for the Episcopal Diocese of Long Island. Craig is spearheading the Uncovering Parish Histories Project which helps parishes explore churches research their histories of involvement in slavery and the slave economy in antebellum America, of involvement in anti-slavery movements, and of later manifestations of both racial discrimination and injustice and racial reconciliation and justice. St. John’s has been participating in this project for over a year.

Craig received his Ph.D. in the Study of Religion from Harvard University; in American Religious History. His research for that degree led to a book entitled Faith in Their Own Color: Black Episcopalians in Antebellum New York City (Columbia University Press, 2005).

Hey, Jeff! Did you see that?

Hey, Jeff! Did you see that?

The Hidden work of Advent

The Hidden work of Advent

A Nation, not a state

A Nation, not a state

A Sermon for Christ the King Sunday

Jesus Predicts the End of Everything 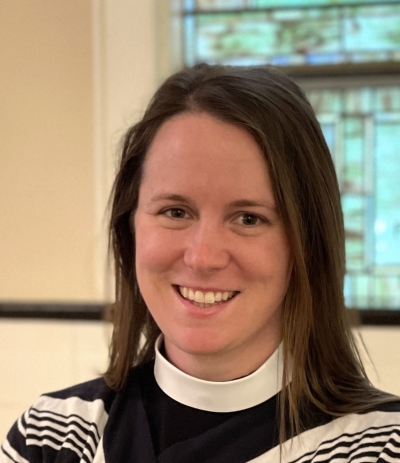 Jesus Predicts the End of Everything

In celebration of Community

In celebration of Community

For years now, I have been a regular listener to the NY Times daily podcast. Every morning, I’d listen to 20 or 30 minutes of in-depth discussion about one issue. Overall, I felt like it left me pretty well abreast of what was going on in the world - without also leaving me too overwhelmed.

When it started, “The Daily,” as it’s called, was only released on weekdays. But during the pandemic, they started having one long-form article on Sundays. Often it was something from years ago. But over time, I’ve grown to look forward to them more than any other episode of the week. A recent episode highlighted an article from 2019 - about a story of a Kayaking trip gone horribly wrong. Three friends started on a weeks-long kayak journey in Alaska - which quickly became a disaster when one of the party, Jon, was hit by a falling tree. Alive, but hurt, the other two friends had to find a way to get help. This one horrible misfortune is then followed by a series of improbably lucky breaks that allow them all to reach safety - a coast guard ship passing by at just the right time to receive their radio communication, a wrong turn returning to their kayaks which puts them in range of the inflatable boat trying to find them, a helicopter which can’t penetrate the forrest in the fog, but can rendezvous with them and the coast guard.

There are a lot of memorable moments. But the one that I keep thinking about is how the author, left with the wounded Jon while the other attempts to find their rescuers, turns to an improbable source of solace and grounding. Poetry. As Jon is going into shock he keeps speaking, but eventually runs out of platitudes. And so he begins to recite every poem he knows - Keats, Elizabeth Bishop, W.H. Auden and finally Robert Frost. He saw it as a desperate act of panic. But years later, the wounded Jon would remember it as a perfect act of calmness. Part of the serendipity that brought them all out alive. Something more was happening in those poems than merely the words being spoken.

Somewhere along the way though I became convicted of the power of memorizing poetry. In college I would write one poem on the mirror of my college dorm room to stare at every day until I felt like I knew it. For a while it was Dylan Thomas. And then it was Robert Frost. The poem I remember best goes like this:

Some say the world will end in fire,
Some say in ice.
From what I’ve tasted of desire
I hold with those who favor fire.
But if it had to perish twice,
I think I know enough of hate
To say that for destruction ice
Is also great
And would suffice.
—---

Thinking about the day of Pentecost I always come up short when I try to imagine what that day must have been like. A group of friends, the fearful disciples, who only 50 day before were huddled in the upper room are suddenly - and violently - confronted by the Holy Spirit. A rush of wind, and then tongues of fire. What must they have been thinking? Did it seem like another end of the world?

Pentecost is a feast in the Christian Church, but it comes directly from the Jewish tradition, which went by the same name in Greek. Today it’s more commonly called Shavuot, from the Hebrew word for Weeks. Like our Pentecost is 50 days after Easter, Shavuot is 50 days from the celebration of Passover. Passover had been a disaster for the followers of Jesus, leading to his crucifixion. It wouldn’t be a terrible surprise if some of them were wary about gathering for the next major holiday of their tradition.

So when this rushing wind and tongues of fire came from heaven, at least some of them must have been terrified. What was going on? What this another disaster? The terrible death of Jesus was only months behind them. And while he had risen from the grave, he’d also disappeared up into heaven again - only 10 days before. This is the same group who hid in the upper room when Jesus was killed. And who hid again when he appeared to them alive. They aren’t known for their boldness (yet.) and they have been through a lot.

What is clear from this story in Acts is that they immediately began speaking. Words flowed out of their mouths. But what were they saying? Even they did not know, it seems. We are told they were filled by the Holy Spirit and began speaking in tongues. People from all the world were astonished that these Galileans were somehow able to speak to them, Parthians, Medes, Elamites, residents of Mesopotamia, Judea and Cappadocia… the list goes on.

The worlds that the disciples speak reach the ears of their audience. It’s a confusing and improbable scene. And not everyone who was there believed what they were seeing. Some asked “what does this mean?” But others sneered and called the disciples drunk.

But Peter rose up and spoke in the poetry of their tradition. He said (from memory) the words of the prophet Joel:

`In the last days it will be, God declares,
that I will pour out my Spirit upon all flesh,
and your sons and your daughters shall prophesy,
and your young men shall see visions,
and your old men shall dream dreams.
Even upon my slaves, both men and women,
in those days I will pour out my Spirit;
and they shall prophesy.
And I will show portents in the heaven above
and signs on the earth below,
blood, and fire, and smoky mist.
The sun shall be turned to darkness
and the moon to blood,
before the coming of the Lord's great and glorious day.
Then everyone who calls on the name of the Lord shall be saved.' "

In the moment of uncertainty - poetry was what helped Peter know what to do. And poetry helped the gathered community understand itself in a new way. The Holy Spirit had empowered them to spread the news of Jesus to all corners of the earth.

And so this day is remembered as the birthday of the church. The day when the followers of Jesus truly took up his charge to share his message of love with all who would listen.
—-

Maybe some of you remember the story of the tower of Babel. It’s one of our potential alternative readings for this morning. In it, the people of the prehistoric world try to build a tower so tall it reaches to heaven. They year for power and a renown that will bring their people together. Faced with their pride, God sews chaos among them - by making each person speak a new language. Unable to communicate, they are no longer able to build the city and the tower that they had planned. In the end the people scattered all over the earth. It’s easy to imagine this is a story told over generations to explain why there are so many languages and why the people of the earth don’t all get along.

Like a darker version of Pentecost, the sudden “gift” of language doesn’t empower the people, but rather divides them, alienating them from one another.
—--

Today, as we remember the birthday of the church, we are also called to remember the powerful role of our own speech in spreading the Love of God in the world. We are reminder of the gift of Language that God has given each of us to do this work of spreading the Gospel.

As members of the Church today, we are heirs of the mission that Jesus set before the disciples, to spread the Good News of God’s redeeming love to all corners of our world. The Holy Spirit, the Advocate, has equipped us each in unique ways to do this work - and will continue to equip us in new ways. My prayer on this day, is that each one of you asks yourself. In what way am I being called to spread the Good News? In what ways have I been uniquely prepared for this charge? And in what ways am I being called to speak to new people, in a language or a style, in a way that as yet seems impossible - but which the Holy Spirit may even yet empower you for.