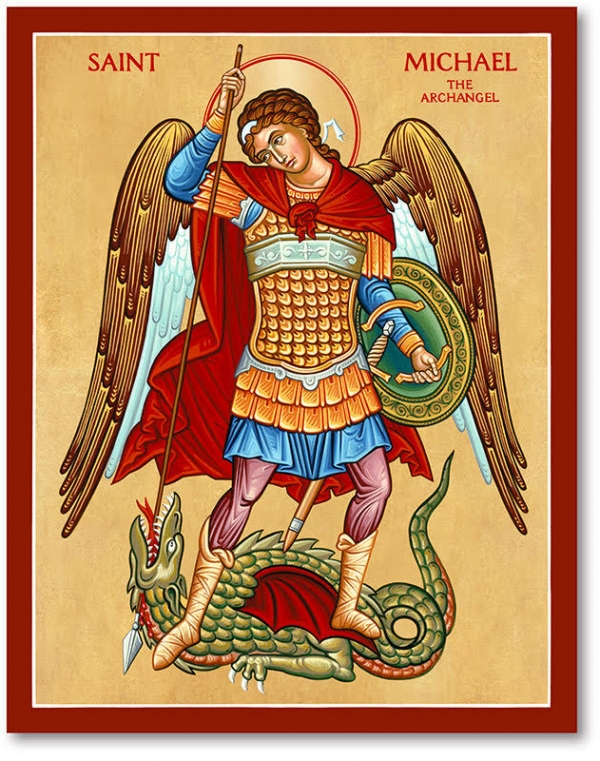 This Sunday evening, St. John’s will offer a special evening service of readings and music, called Evensong, to honor the feast of St. Michael and All Angels. Evensong is the sung service of Evening Prayer - the sibling service to Morning Prayer. Evensong is part of the Anglican tradition of the Daily Office or daily prayers offered privately in monasteries and in homes by clergy and lay people, and publicly in Cathedrals in major parish churches throughout the Anglican Communion. It is a treasured service in England where it has been popular with the faithful for five centuries. Anglican composers, in particular, love the service of sung evening prayer and have composed countless evening prayer canticles (The Song of Mary and the Song of Simeon) as well as choral settings of the suffrages (the petitions and responses). In fact, the oldest program on BBC Radio 3 is its broadcasts of a choral Evensong to the whole nation of England on Wednesday and Sunday evenings, which has run since 1926.

The Feast of St. Michael and All Angels is a popular feast throughout the Christian church since the Medieval period which celebrates the ministry of angels in the heavenly court and in particular the Archangel Michael who, by tradition, expelled Satan from Heaven on this day. Interestingly, the bible says a great deal about God’s heavenly messengers (Angels) including enumerating nine hosts, or orders, or choirs of Angels each with specific duties as courtiers to God.