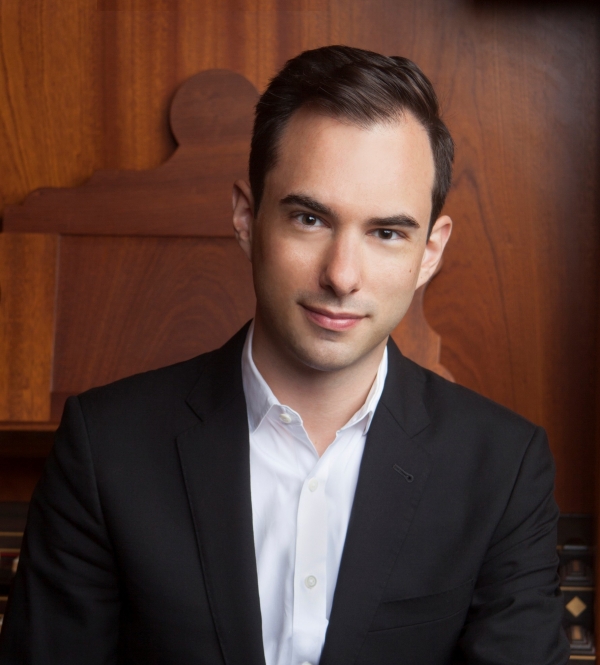 Chritopher Houlihan , the John Rose College Organist-and-Directorship Distinguished Chair of Chapel Music at Trinity College in Hartford, Connecticut, comes to St. John's this fall for an exciting concert of Organ works on our Cassavant Freres Organ.

Houlihan has performed at Disney Concert Hall with principal brass of the Los Angeles Philharmonic; the Kimmel Center in Philadelphia, and at the Kennedy Center in Washington, D.C. The Los Angeles Times raved about his Disney Hall debut, "Houlihan is the next big organ talent." He has been featured as soloist with the Hartford Symphony, Columbus (GA) Symphony, Waterbury Symphony (CT), and the Boston Chamber Orchestra.

Christopher Houlihan has appeared in recital at celebrated venues across North America and Europe and has performed at numerous conventions of the American Guild of Organists and the Organ Historical Society. His “Vierne2012” tour attracted international attention and critical acclaim for his performances Louis Vierne’s six organ symphonies in six major North American cities. The Los Angeles Times called his performance there “a major surprise of the summer, a true revelation.” January and February 2022 took him on a west coast tour, including recitals in Las Vegas, San Diego, and Los Angeles.

Since 2017, Houlihan has served as the John Rose College Organist-and-Directorship Distinguished Chair of Chapel Music at Trinity College in Hartford, Connecticut. He was previously Director of Music and Organist at the Church of the Holy Apostles in Manhattan.

In addition to his studies at Trinity, he studied with the Grammy Award-winning organist Paul Jacobs at The Juilliard School and with Jean-Baptiste Robin at the French National Regional Conservatory in Versailles.

More information is at ChristopherHoulihan.com.