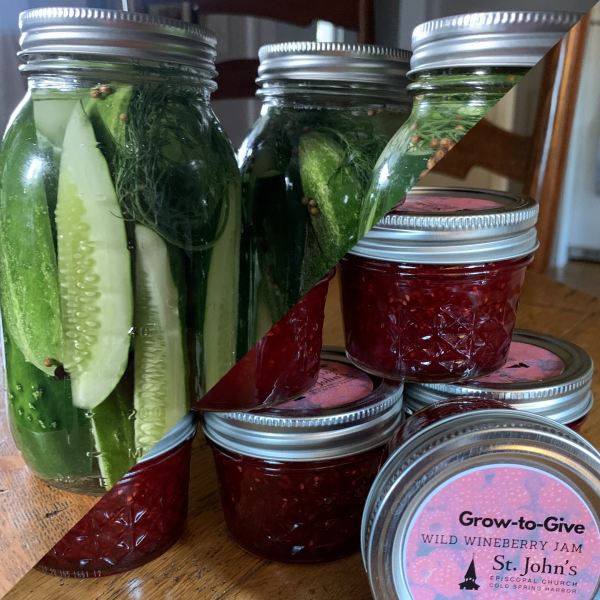 Fruits of the Earth are abundant this week! Two things are available for a donation this week:

1. Wineberry Jam: The wineberry is a species of raspberry native to China and Japan and is also called wine raspberry and Japanese raspberry; it has naturalized here and is considered invasive in several states. But, if you can't beat them, EAT them! This jam is made from berries harvested at the Grow-to-Give Garden and at Uplands Farm. $5/jar

2. Half-Sour Pickles: Crisp pickles in seasoned brine without vinegar. In the first six to eight weeks after pickling, they're half-sours (refrigerated), with cucumbers' fresh taste and bright color; they then turn into sour pickles! These pickles are made from cucumbers from our garden! $10/quart.

These suggested donations goes to those experiencing food insecurity.

Currently the church power, phone and internet service is out. Please leave any messages at the main number (516) 692-6368, but be aware that response times may be impacted by service outages.